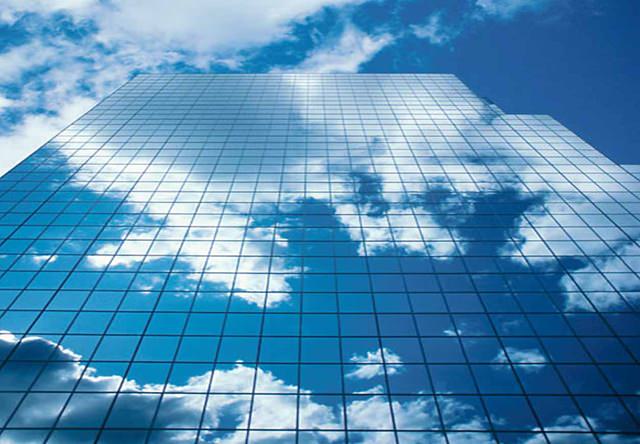 Cloud computing has really come into its own in recent years as super-fast fiber-optic broadband has become more standardized across the western world. Over the past year especially, cloud computing has become standard practice for most of the world’s top businesses and its easy to see why. Not only does cloud computing help a business run more smoothly by improving communication through both internet and telephony based systems, but it using it has saved larger companies potential millions in the long run.

The past few years have seen a complete paradigm shift in the way businesses process and organize their data, with cloud computing offering up greater flexibility when it comes to remote work and mobile offices, data backups, employer/employee links and file sharing between colleagues and client.

But that was then and this is now. Nothing last forever, and it remains to be seen if the cloud will continue to rise throughout 2014. In fact, a few industry insiders predict the exact opposite. Here we’ll be tackling both sides of the divide with equal vigour in order to decipher whether or not cloud technology will continue to overtake traditional hardware in the coming months.

Whilst cloud computing might have been heralded as ‘the future’ by everyone from Microsoft to Sony (who quite recently spend billions purchasing a cloud network known as ‘Gaikai’), its popularity has led to traditional tech hardware companies like IBM and Hewlett-Packard suffering significant losses. Experts have stated that unless the growth in cloud computing slows down, IT hardware manufacturers are in for an incredibly depressing 2014. One of the most popular and powerful cloud providers is Amazon, whose ‘Web Services’ platform was an incredibly forward thinking investment. Amazon knew that cloud computing was soon to become to rule other than the exception and they once again backed the right horse.

What are the Downsides for the User?

To be honest the actual downsides of using cloud computing over localized computing are few and far between for the users themselves. The only real downside is that, whilst most cloud storage facilities are incredibly safe, they can still be hacked into and are not 100% guaranteed to keep your data safe. An external hard drive locked away in a desk in your parent’s basement however. Pretty much safe for life. Still, cases of data centers being hacked into a very rare and on balance, the convenience and speed is worth the very minor risk.

Some Cloud Computing Predictions for the Next 12 Months

Hardware will Soften – Companies have already started relying less on hardware and more on software and this is a trend that I can see gaining even more traction in 2014. The next year might see many companies that once dealt primarily in hardware becoming software companies.

The ‘App’ will Reign Supreme – Again this is a shift that has already been set into motion but will only continue to pick up pace as app developers ‘develop’ more power. These are the guys who program the software that will underpin the foundations of your business, so as long as cloud computing continues to be used en masse, the balls will always be in their court.

The Slow Death of Private Clouds – Primarily for security reasons, many businesses have (until now) operated through ‘private’ clouds that can only be accessed internally or by trusted clients. As more standardize public cloud applications become common-place though, private cloud users will really have to start assessing the worth of their own systems. The sad fact is that private clouds will never be as powerful, fully-featured or efficient as their public counterparts, and whilst the idea of Amazon, Google and Microsoft monopolizing the cloud seems aggravating, that does appear to be the way the market is heading. Indeed, Google and Microsoft have been fighting over U.S government contracts of late, which could really spell the beginning of the end!

Java – As all of our electronic devices become ‘smarter’ (our phones, TV’s and even our cars) companies will strive to look for one, native client app that can run in a browser on everything from an iPad to a Notebook. Javascript is a perfect platform that will allow cross-platform integration between all possible devices. Javascript is also an incredibly scaleable platform so the envelope has only just begun to be pushed.

So it would appear that whilst the private cloud is waning, the public cloud is in better shape than it ever has been and will continue to flourish in the years to come. Of course these are just predictions, not even projections, so don’t panic that you’ve put all of your eggs into the cloud computing basket or that you’ve not put enough of your eggs in it. The great thing about technology is that it is perpetually evolving, changing and shifting and getting left behind is rarely an option, as the general consensus is, and has always been “adapt to survive”.

It’s always important to keep every possible outcome to every possible scenario in the back of your mind though, especially if you’re business owner as it’s almost impossible to know exactly what the next all-encompassing technological ‘advancement’ will be. So the golden rule? Be ready for anything.