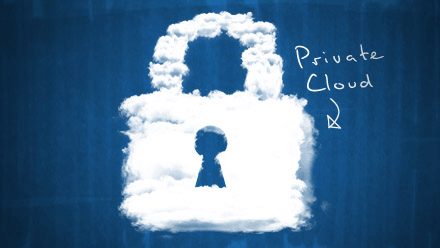 Businesses are facing pressure to move to the cloud, but fear still holds some organizations back. Despite the fact that their competitors may be edging ahead of them, these businesses cling to outdated processes because it makes them feel safe. But is this the best course of action? A new study indicates that security hasn’t proven as challenging for cloud-hosted businesses as their competitors might think.

The study, hosted by Internap Network Services Corporation, uncovered a big difference between expectations and reality when it comes to cloud computing. Those who are already using cloud technology, known as cloud wise, named concerns that were dramatically different from those who aren’t using it, known as cloud wary.

Respondents were chosen from a variety of industries to show how cloud computing is impacting businesses serving customers in almost every type of enterprise. The study polled 250 decision makers for businesses that included healthcare organizations, software and internet, media and entertainment, and more.

The study posed questions about whether these fears may be unfounded. While some organizations have compliance and regulatory reasons to show caution in their technology solutions, the responses from cloud-wise organizations should allay those concerns.

“While a portion of cloud-wary are from security-conscious industries, such as financial services, healthcare and government, the majority may be overestimating security risks since performance and cost top the lists of actual problems encountered by the cloud wise,” the report on the study states.

The biggest danger cloud-wary organizations face is being left behind. Those organizations stated that they not only aren’t currently using cloud solutions on a widespread basis, but they have no plans in the immediate future to do so. Unfounded fears may be holding these organizations back, forcing them to cling to outdated processes that slow them down.

In addition to education, it’s important that businesses choose a reliable vendor and have Service Level Agreements (SLAs) in place to ensure peak performance from the service provider they choose. As cloud-wary organizations see that businesses are successfully navigating the cloud without security issues, they’ll begin to feel more confident about making the move.

Kirill Bensonoff is a founding partner at ComputerSupport.com, helping small business executives get the most out of their technology investment.