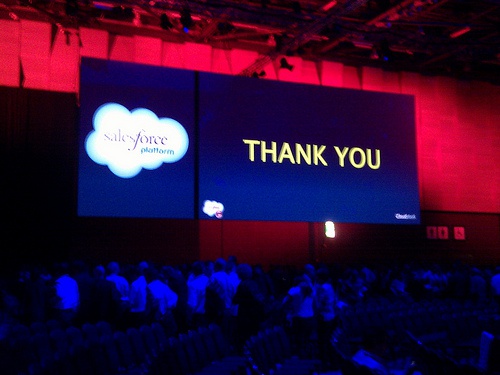 The unexpected union of two of the biggest competitors namely Microsoft and Salesforce naturally came as a surprise to many. Since, the world was witness to their rivalry in the past which went for ages. The historical move authenticates on the fact that Microsoft has acknowledged Salesforce as the enterprise CRM leader. The news gains importance for everyone including Microsoft Dynamics CRM users especially as they were speculating about the future of this association.

Perhaps both Microsoft and Salesforce has realized the famous saying, “United We Stand” as their association will definitely create healthy results in the future. Since, businesses will all set to rise as the news can’t get better for the people who use both the products.

The situation can’t get better, healthy and coveted than this for Microsoft customers as they can ensure an increased incentive by using Salesforce’s CRM. It gives them the convenience to work with each and every single Microsoft data.

The news highlights on the fact that Windows and Windows Phone operating systems will have customer relationship programs of the salesforce and its users will equally be able to access Microsoft Office Productivity suit.

The positivity of the news can be gauged from the fact that their individual shares started to see a rise as well.

The excitement was also in the air since it gives an opportunity for the esteemed and reputed customers to prosper in a mobile as well as cloud first world. Both the companies showed their optimism on the mingling of work which will bring an innovative approach by working together to the cloud productivity of Office 365 along with showcasing skills for facilitating even better with the cloud platform of Azure and mobility of windows. This will surely facilitate clients with a lot more exciting results.

Companies will have far more ways as well as solutions for achieving even sophisticated as well as quality results. Customers can get a direct access to Salesforce applications on Windows devices. Planning is also underway to collaboratively work on both Office 365 and Salesforce which gives the convenience to customers to do all sorts of constructive actions such as accessing, sharing, editing as well as working on Office content right from the within Salesforce software platforms. This is the move which gains significance since it wasn’t possible before.

Now, customers will indeed be the king, thanks to the power which is given to them to take steps according to their will.

The positivity is in the air as the businesses promise to rise further. According to a saying, “Fortune favors the brave” and it is indeed a brave decision by both the renowned companies where they have put their egos on a side and agreed to work with each other. Since, they have realized that they could do much better by working together thanks to the potential which their products offer. A “new day” and a “new beginning” is all set to pave the way for the innovations which are expected to benefit both businesses in the times to come.