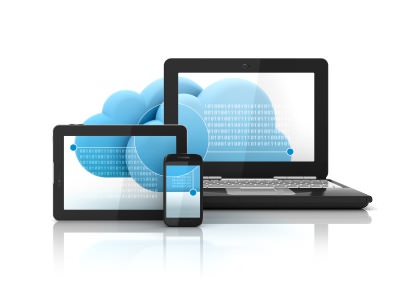 Adobe released its Acrobat 11 with some cloud features that make PDF editing through Cloud possible. EchoSign, an electronic document signing company was acquired by Adobe previously. Now the Acrobat has these abilities well built into the software. Adobe FormsCentral has also been equipped to some extent in this suite.

Another big integration is the Sharepoint and Office 365. If you are a loyal fan of Microsoft Office, you are not missing Word,Powerpoint and your spreadsheets in this integration. Together they make productivity a breeze.

While Cloud based collaboration is always easy and productive, the ability to have them built into the desktop software can improve the productivity. Desktop access of PDF,word, powerpoint and spreadsheet files are not a special feature of Google Docs or Skydrive, unless you have  the particular drive software installed on your PC.

While Microsoft has already made Cloud collaboration easy through Web Office Apps and Office 365, many competitors are trying to follow the same steps in cloud doc access. One advantage of using Microsoft SkyDrive is that you have a unified portal and once account to everything.

Thanks to Windows 8 now everything from Microsoft is a single Cloud based sign in.

However Microsoft has not employed an e-document signing facility in the standard office suites or the Web Apps. This is an option many people use these days. They need a centralised signature management system accessible over all devices and various platforms.

This new acrobat cloud service might bring a clash between Adobe and Microsoft in terms of cloud based desktop document management. Adobe’s creative cloud on one hand and Microsoft’s Cloud Operating System Windows 8 on the other, which one will you go for ?