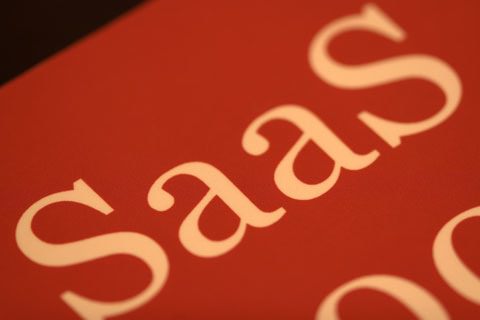 With all the recent talk about cloud computing, SaaS has not gotten much attention but it seems to remaina driving force in the new technology. Many people focus on other new applications like IaaS or PaaS clouds because they are the latest to come into cloud computing.

Most people who use cloud technology though are operating through software-as-a-service providers like salesforce.com and other similar companies. SaaS has dropped slightly in use but it continues to dominate in most public cloud computing sales compared with other options as the cloud itself grows more popular each year.

SaaS represents the majority of cloud computing use at 58% of the market, dropping from 69% in2009. This decrease is a result of the growing interest in IaaS which increased by 8% from that year and PaaS by 3%. In spite of all the talk that these applications have inspired, they still only make up a small portion of cloud computing compared with the more consistently used SaaS. Even though software-as-a-service had several failed attempts in the 90s, it managed to reemerge as an attractive option offering the ability to subscribe to key applications and business processes. As cloud computing continues to grow at a rapid rate and other alternatives come into play, SaaS remains a solid choice and one that the majority of businesses prefer over everything else.

When it comes to cloud computing, software-as-a-service is popular and easy to use. Accessing applications through the web instead of on a local server saves money and simplifies running IT for enterprises. With SaaS, the third party vendor manages applications which clients access through their interface. In this type of cloud computing service, clients do not need to install or run applications on individual computers. It works to streamline maintenance and support, allowing businesses to cut down on the cost of managing IT and paying for expert staff. Vendors manage everything from applications, runtime, data, middleware, operating system, virtualization, servers, storage and networking.

The increasing interest in the platform-as-a-service option is due to the ability to create, deploy and manage applications. It is more complex than SaaS and offers a framework to build upon in order to develop and customize applications. PaaS cloud computing requires more management by the user rather than the third party vendor. While vendors still manage many aspects of the system, users manage applications and data themselves. Compared with SaaS and PaaS, infrastructure-as-a-service requires the most management by the user. With IaaS you can install a virtual server on your IT infrastructure but are responsible for managing much more instead of everything take care of by the vendor.

Although PaaS and IaaS offer new options for companies looking for those particular advantages, SaaS seems to be the preferred choice for businesses looking to save money by allowing most aspects of their IT to be handled by the cloud provider. Alternatives to SaaS have gained a slight following but software-as-a-service is likely to continue as the dominant form of cloud computing.

Leo Hart is an expert in vps hosting and specializes in cloud hosting for Custom Cloud.