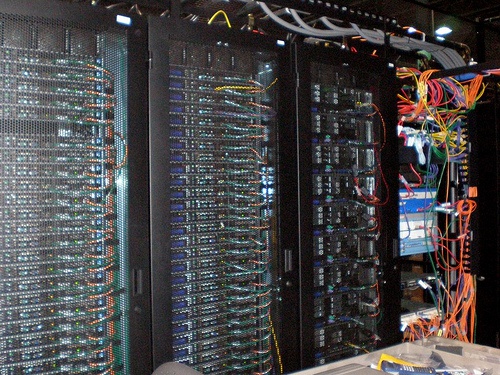 Cloud computing is increasingly becoming the norm in both personal computer use and on an enterprise level. People use cloud computing for everything from online banking to email to Google Docs. They love the convenience of being able to access their information from a variety of devices from nearly any location. Project collaboration or working on the go has never before been as simple as it is now with cloud computing.

When virtualization technology first began to grow, it largely focused on server consolidation and convenience. As the trend has continued to grow and increase in momentum, applications, security, storage, and similar concepts have increasingly been moved to the virtual landscape. It makes sense, therefore, that as the capacity to separate the application from the hardware has grown, that people have continued to look for ways to take the capabilities to the next level, and that is where virtual data centers have arisen.

Why the Idea of Virtual Data Centers Has Become Increasingly Popular

. Like the rest of the virtual world, the various functions of these data centers are controlled more by analytics and current usage needs, allowing them to adapt quickly to the current business need. This helps to improve fluidity in the workplace and maximize resources. As the various building blocks of the virtual data center become increasingly cloud-based, such as the storage or back up, it will also become more difficult for data centers to keep up unles they become virtual as well. As networks, storage, and applications become increasingly virtual, the virtual data center will go from being a nice advancement to necessary.

The successful virtual data center or network has a large role to fill. It is revolutionizing how developers think about development. Creating successful virtual data centers, however, means being able to consider both the past and future. For example, the program must be able to account for legacy workloads that were written before the heavy virtualization and the work that customers use them for. Avoiding outdated vender-lock architecture is also beneficial, as is not limiting flexibility. The virtual network should faithfully reconstruct the physical one, while being interdependent from network hardware. Successful networks should also be developed with the security needed for the virtual world in mind while also being able to program multiple devices at once.

Virtual data centers take the ability to separate hardware from applications to an entrely new level. The growing popularity of cloud technology means that many people in the modern business world have had the opportunity to use the cloud virtualization in some capacity. As the use of this technology grows, virtual data centers are quickly becoming necessary to keep up. While it might be a little while before this type of technology is considered standard, the groundwork has definitely been set for it to become a resource as the virtual world becomes more prevalent.

+Katrina Matthews is a product specialist and blogger for RackSolutions, manufacturer of custom racking solutions for businesses! She likes giving data center advice and IT tips on our blog.