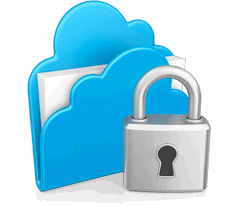 Desktop as a service, DaaS, hosted desktop…no matter how you phrase it, this concept is a hot one in the parallel worlds of business and technology. Essentially, DaaS refers to a cloud-based desktop setup in which virtual infrastructure is outsourced to a third party. In today’s increasingly mobile workforce, the presence of desktop as a service can quickly spell the difference between continually exceptional performance and the devastating quagmire of mediocrity.

Although we experience the impact of desktop as a service on a near daily basis, the concept remains a foreign one — particularly for those still struggling to understand the overall implications of the corporate world’s transition to cloud computing. But as this approach continues to take over offices all over the world, it will become more and more necessary for professionals to understand basic DaaS components such as managed devices and centralized file locations.

Centralized Files We like to think of the cloud as this invisible presence, a force we call on when necessary but are never forced to maintain on our own. But despite our continuing march into the world of mobile, cloud computing maintains a decidedly physical presence. Files may not be stored on site, but that doesn’t mean they don’t exist in tangible form. Your standard desktop as a service setup maintains files for its many disparate offices and storefronts in a single, centralized location. “PC World” acknowledges setups such as those provided through NaviSite are essential for the effective connection of remote workers. (1) While this is true, the centralized nature of the desktop as a service setup requires the ultimate in technological security, as the theft or accidental loss of stored information could result in mass devastation. Managed Devices Companies utilizing desktop as a service maintain vast fleets of devices.

Typically, these involve desktop computers, although laptops and tablets are becoming increasingly popular in this age of mobility. No matter the type of computer, businesses are best served by sticking with a small selection of devices, as this streamlines the hosted desktop setup process while minimizing confusion on the part of employees. In the same vein, companies typically wind up choosing between Windows and Apple, with a small minority opting for Linux as the operating system of choice.

Greater flexibility in managed devices is becoming more prevalent, however, especially as a larger share of offices choose to pursue the BYOD (bring your own device) approach. Virtual Private Network As mentioned earlier, security remains a huge priority for any organization utilizing desktop as a service. The standard means of ensuring said security is through the administering of a virtual private network, or VPN.

Essentially, VPNs utilize encryption so as to add extra layers of security to all remote network interactions. Although previously thought of as an opposing force to DaaS, business leaders have found that the two approaches can be used in conjunction so as to maximize both security and accessibility. Managing files and operations on vast device collections by nature involves a wide array of complexities related to ease of access and secure network provision.

These issues can easily be addressed with the implementation of desktop as a service, the revolutionary approach to remote device management. Expect the increasing prominence of DaaS as the business world continues to transition to mobile operations.

Robert Witman is a business technology consultant who works with companies to improve and upgrade their outdated IT systems. He also writes a weekly business column for a variety of print and web publications.