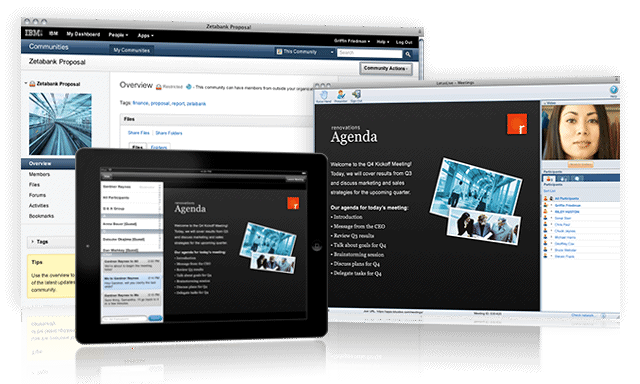 Google and Microsoft have their own way of taking the Cloud closer to end users. Their Cloud offerings are the best in industry. The game is going to change soon with IBM SmartCloud Docs.

The Big Blue, IBM has its take on Cloud Computing by various services for the enterprise till now. The IBM cloud products had no special things for normal users though. So IBM has planned to launch the new way to have Office in the cloud. The online web based collaboration software is going to be a good competition to the cloud productivity suites. The IBM SmartCloud is a part of SmartCloud Engage Advanced business networking and collaboration service.

The IBM SmartCloud starts at 3$ per month. The best part is that include social sharing along with file options (Something new we can’t find in GDocs and Office 365). Further the IBM SmartCloud will expand to mobile platforms which may include iOS, Android and RIM. Windows Phone might get the mobile version but not at an early date. Instead of leaving the SmartCloud Docs on public cloud, IBM has configured the suite on private clouds to make it more secure and efficient.

Alistair Rennie, IBM’s social media manager said “As the mobile workforce moves beyond gaining access to email and calendars to collaborate and generate new ideas and be more efficient anytime, anywhere, on any device, the intersection of social, mobile, and cloud becomes even more critical.”

Currently IBM SmartCloud Docs starts at 3$ per month per user, Office 365 at 4$ p/m per user and Google Apps for business at 5$ p/m per user. Cloud Computing is a rapidly growing industry and Cloud collaboration is the rising star. With bigger players in the field, IBM sure has to face the mammoths with tremendous power and features. Which collaboration suite do you like more ? Let us know in the comments below.

1 thought on “IBM SmartCloud Docs: The rival to Microsoft office 365 and Google Docs”